Stories from the “crazy fruit cart”
What’s going on in Melli Melone’s market stall? As soon as the market woman Melli Melone is not present, her chicken Hertha and Harry Hahn take over the sale. There is a lot to do: A big hungry caterpillar is shopping, Aluise Ant wants to build an anthill in the middle of the fruit, Rudi Rettich yodels and bakes carrot cake, the talking red cabbage sings arias and then there is this funny surprise guest: the monkey Mambo Django! A good thing that Hertha chicken and Harry Hahn have the children as helpers! A market day for the youngsters: about healthy nutrition, played in a real fruit cart and with a monkey-strong surprise guest.

Frieda Fee with “Wishes”
Frieda Fee and her parrot try to fulfill the children’s wishes. With a lot of magic juggling and support from the children, all sorts of things happen: kings appear, money increases, a clown dives and rivets are also good.

Magic witch Nudeltraud
The wish-towel has disappeared. A very important big four-colored cloth with congratulations from the fairy is gone. It has to come back. The children and magic witch Nudeltraud try to conjure up the cloth with ‘hex hex hex’ and abracadabra. They turn the whole suitcase upside down and try magic tricks. They find books and discover little clothes with letters and mysterious signs. The track to the wish-towel is discovered…

Adventure with Captain Karl
Today is the day at last! Captain Karl is going to set sail with his sailing ship, Santa Clara. He wants to see distant lands, get to know foreign people, discover lonely islands and of course find the big pirate treasure, accompanied by Hugo Maus, his best friend. Hugo has never been on a ship before and so they first practice what it’s like to go to sea. Suddenly they’re right in the middle of it, confrontating the dangerous ‘Red Pirate’. But luckily the children are there, when the two friends go on an adventure trip. They fall into a storm, suffer shipwreck and are washed ashore on a deserted island. Will they finally find the treasure?

King Alfonso, the thirty-fourth
Today is a nice day because the king is here. King Alfonso is a very good king. Today he has a little problem, because Queen Renate turned into a toad overnight. Luckily, the king meets the Isolde fountain fairy, who has opened a counseling center in the castle fountain. Can she and the children help the king? In any case, there are many surprises, tricks and royal sensations..

Seasons on Sundays, public holidays and in the summer holidays of Rhineland-Palatinate

Impressions of our small world stage 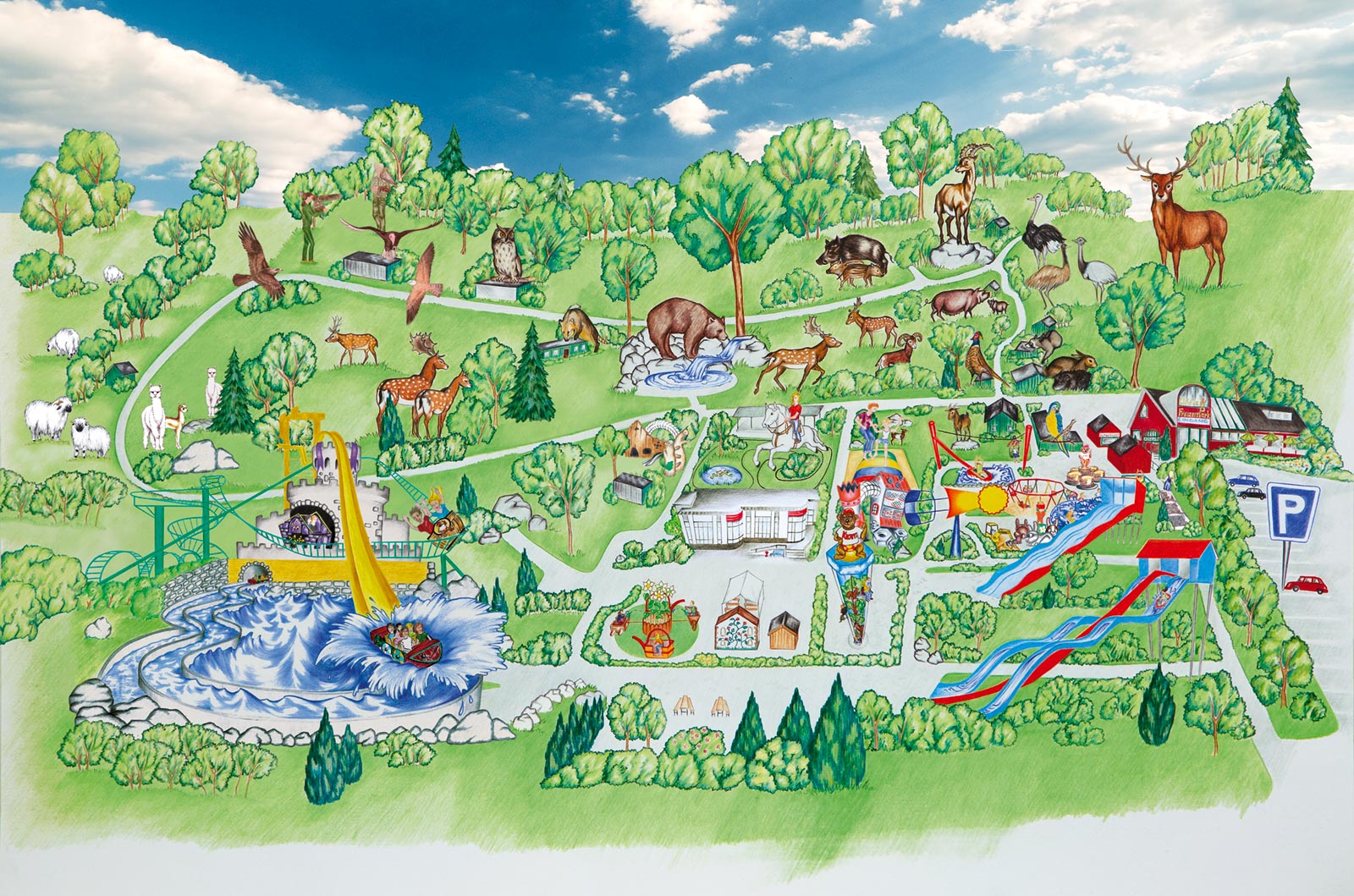